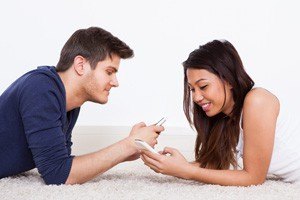 Developments in information and communication technologies are setting the course of marketing strategies of corporations, as well as their way of doing business. The apps, which are becoming an important part of social and mobile strategies, are shining out with their ability to provide healthy data, as well as being one of the important venues of corporations for promotion, advertisement, and income. Research data compiled by FicancesOnline bares before our eyes the differences between male and female users regarding their mobile use habits.

Entrepreneurs and marketing people that know the importance of defining a target audience and producing the right strategies towards this audience are analyzing user behaviors towards the mobile apps. Especially the analysis results focusing on gender might give you some ideas on your way to creating your mobile app.

Here are differences between male and female users in their behaviors towards social media and mobile apps.

According to FinancesOnline’s results, women use mobile devices more for social media. In contrast to this, men’s main aim at using the mobile is more often the social links towards business world. Whereas the 54 percent of women are following video and photo posts on social media actively, the same statistic for male users is measured as 39 percent.

Women spend the time to inspect the advertisements they encounter on online venues; they follow and visit the social media pages of their favorite brands more than males. Men, on the other hand, follow more the discount advertisements.

Areas of interests are defining factor on clicks

Whereas the male user clicks more on the advertisements with themes of sports, action, and sex, women click more on those of pets, children, and family. While women more often ignore the text-based ads on mobile, this rate is lower for male users.

Who downloads which app?

Women download on their devices all kinds of apps with games, messaging and camera apps being the foremost. Men on the hand, prefer more the news, GPS and video watching apps.

The demographic which more often download QR code apps to their mobile devices and make heavy use of them are the men. Research results show that 56 percent of men actively use QR code and coupon apps. For women, this rate is 39 percent.

Research conducted on mobile users are showing that just like it is in all fields of communication and marketing, mobile apps to require an analysis of target audience and their behaviors for getting to know your customers. There especially are differences among preferences of women and men using mobile apps. You may also benefit from these kinds of research which may light the way for your mobile apps. If you do not have a mobile app yet and want to have one in a short period with a functional interface that will serve your needs, start right away!

3 indispensible features of an app fitting to marketing strategy